Silent Movie - The Thief of Baghdad 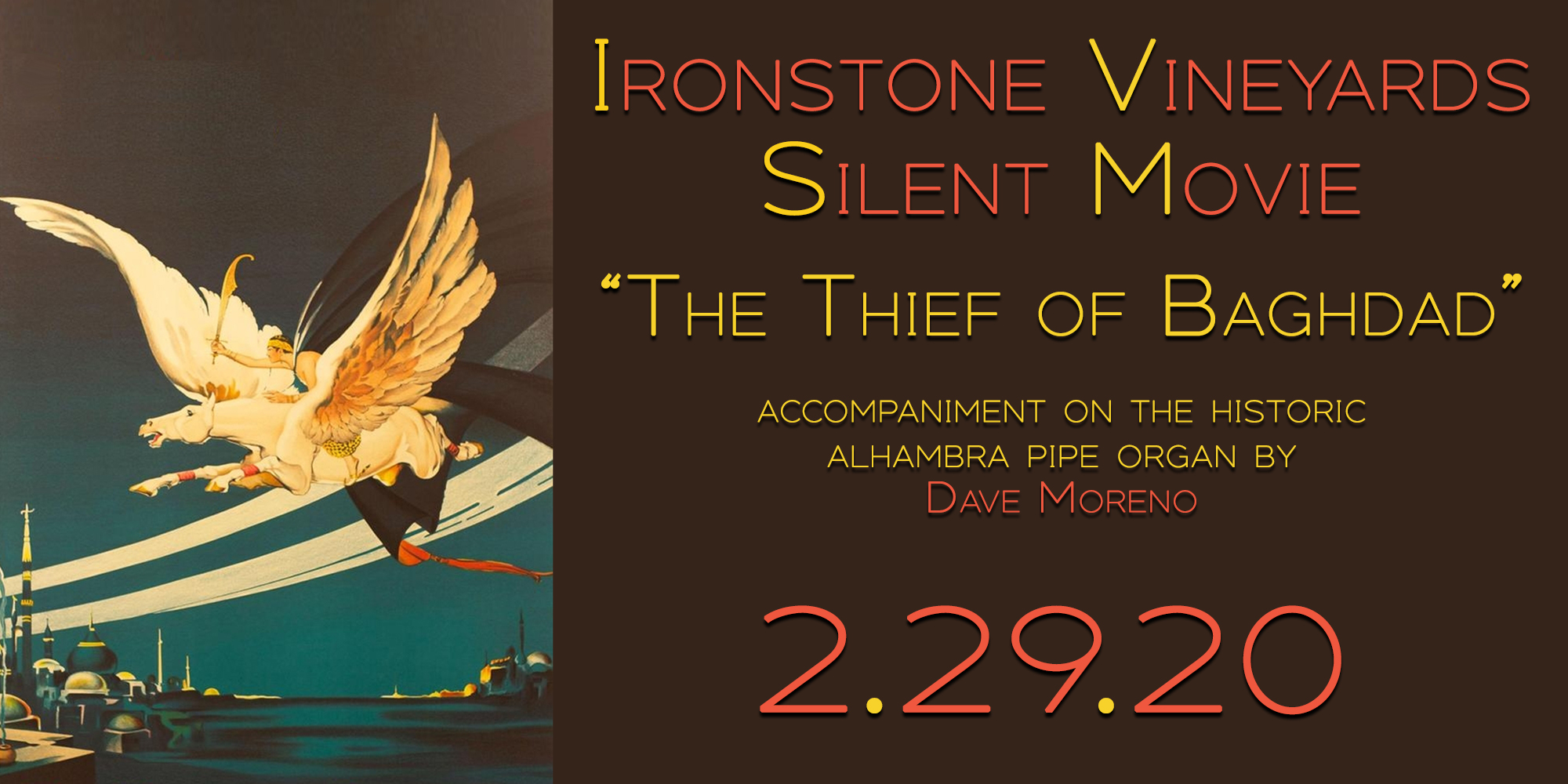 About "The Thief of Baghdad"

The Thief of Bagdad is a 1924 American silent swashbuckler film directed by Raoul Walsh and starring Douglas Fairbanks, and written by Achmed Abdullah and Lotta Woods. Freely adapted from One Thousand and One Nights, it tells the story of a thief who falls in love with the daughter of the Caliph of Baghdad.

The Thief of Bagdad is now widely considered one of the great silent films and Fairbanks's greatest work.

Fairbanks biographer Jeffrey Vance writes, "An epic romantic fantasy-adventure inspired by several of the Arabian Nights tales, The Thief of Bagdad is the greatest artistic triumph of Fairbanks's career. The superb visual design, spectacle, imaginative splendor, and visual effects, along with his bravura performance (leading a cast of literally thousands), all contribute to making this his masterpiece."

Limited seating available.  This event will likely sell out.