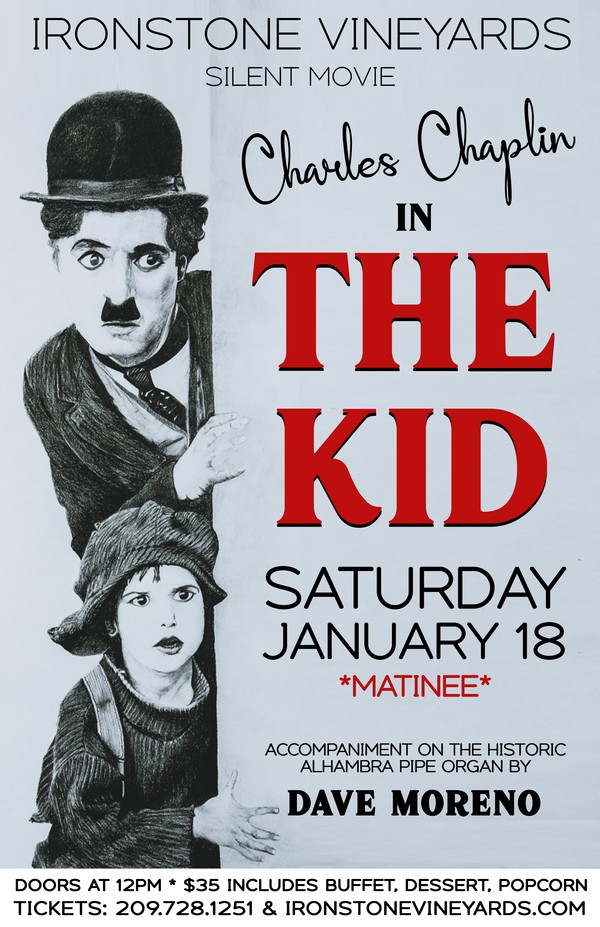 SILENT MOVIE NIGHT IS BACK!

About "The Kid"
Chaplin's first full-length feature is a silent masterpiece about a tramp who discovers a little orphan and brings him up but is left desolate when the orphanage reclaims him. Chaplin directed, produced and starred in the film, as well as composed the score!

Selected for preservation in the United States National Film Registry by the Library of Congress as being "culturally, historically, or aesthetically significant," "The Kid" was incredibly innovative in its combination of comedic and dramatic elements and is widely considered one of the greatest films of the silent era.

Limited seating available.  This event will likely sell out.